celebrating the beauty and power of mathematics

We love mathematics and hate the fact that it’s the least favorite subject of most people. That’s because of the way it’s been taught: it’s not a series of rules to memorize, it’s a way of thinking. This involves recognizing patterns, using logic, seeing relationships, making predictions, and freeing the imagination!

Above all, math presents a mental challenge to people who are used to playing it. And meeting this challenge is not very different from the drive that motivates those who get hooked on playing online and computer games. In both cases success, especially after investing effort and facing risk, provokes the release of endorphins in the brain, which (neuroscientists tell us) produce a feeling of euphoria, accomplishment, and victory.

The primary purpose of this website is to provide a huge supply of puzzles and brainteasers, with the goal of fostering mathematical thinking. They are offered free of charge, for downloading and sharing with others, under the Creative Commons. Most of them are classics, having appeared in numerous books and magazines for more than half a century, and are in the public domain. We’ve made every effort to avoid sharing copyrighted material, and to anyone who documents that we’ve infringed a valid copyright, we apologize and agree to remove such material. 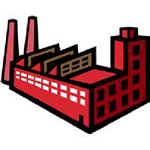 Knowledge of word roots, prefixes and suffixes can multiply vocabulary and deepen understanding.

MATH IN THE NEWS